MAC-14 and MAP-02 Manfrotto Conversion Kit
Design and Features
The Sunwayfoto MAC-14 is a great way of adding Arca Swiss compatibility to your Manfrotto tripod, and replaces the original mounting system with a little DIY modification to your existing Manfrotto ball head. The ball head I have in my example is the 496RC2, which came with a poor quality mechanism that was prone to getting stuck, and would have a habit of trying to bite your fingers off whenever you tried to use it. The MAC-14 includes an Arca Swiss style mounting plate that completely replaces the old Manfrotto system, and simply screws into place atop the ball head once the original plate has been removed.
The MAC-14 has a much better clamp lock knob, which is a good size and allows for easy securing and release of your camera. It's smooth and far less prone to clogging up with grit and dirt, unlike the original Manfrotto plate. A bubble level is a great addition on the opposite side, and while it does get covered by your lens, you can either mount your camera the opposite way round, or simply level the ball head before mounting your camera. And if either of those options aren't for you then most digital cameras come with in-built electronic levels these days anyway. A Nikon in our household isn't this advanced though, so it's a nice little touch.
The material itself is Sunwayfoto's usual high quality, aircraft-grade aluminium, which is finished in a much higher quality than the Manfrotto plate, which is rough and far harder to clean.
Being Arca Swiss compatible, you also don't need to stick with the Manfrotto system, and can instead make use of the wide range of Arca Swiss brackets out there on the market. One reason for this upgrade was to allow for the use of an L bracket, as ball heads I find particularly fiddly to adjust when composing portrait and landscape shots. My main tripod uses the Sunwayfoto GH-PRO II geared tripod head but for ball head users, being able to set your composition and then switch easily between landscape and portrait orientation without needing to readjust your ball head is a real time saver and a whole lot easier. It also means that you can more easily switch your camera between various Arca Swiss support systems withough needing to switch the mounting bracket on the bottom of your camera.
Other small, but important details to note are the inclusion of safety stop relief groves which act as a failsafe if your camera risks slipping out of the mount on it's Arca Swiss bracket, and the measurement scales front and back of the mount opening. I can't say for certain how effective the relief groves are at saving your camera from falling as I've never had to rely on them, but that's a good thing, and it's certainly better to have them than not. The measurement scales can be useful when switching between landscape and portrait, as they help you line up your L bracket centrally if it has a centre mark on it. Useful for aligning your lens and sensor property. One real bonus too though, and an example of Sunwayfoto's excellent attention to detail in the design, is the addition of a dovetail mounting grove that actually allows you to mount your existing Manfrotto brackets into the MAC-14 top plate. They fit perfectly, and this simply increases the compatibility of the kit with a wider bracket type.
Accessories
One important point to note is that for this ball head I also needed the MAP-02 adapter, which helps the MAC-14 attach perfectly to the top of the 496RC2 ball head. Buying the MAC-14 on its own will not always allow you to make that straight swap. The whole system is very secure though and the additional part hasn't weakened the joint in any way from my experience.
Both MAC-14 and MAP-02 parts come well packaged, with tools, and the MAC-14 even comes with a soft drawstring pouch, which I've used to store the original Manfrotto plate in, in case I need it again in the future.
Summary
If an older tripod needs a modern compatibility update, or your new tripod simply needs Arca Swiss compatibility adding to it, then this top plate combo is a very good choice. Well-made, more features than you'd realise at first glance, and Arca Swiss compatible - there's nothing not to like. The only thing here is that it also faces competition from Sunwayfoto's own MAC-15, which is half the weight, but lacks the MAC-14's measurement scales. So choosing between the two is something you'd have to focus on those two points over. I haven't tested the MAC-15, but if it's as good as this plate then it'd be a fine choice too.
Pros:
- Fantastic build quality and finish
- More features than you'd realise
- Acra Swiss compatibility
- Ease of installation
Cons:
- Bubble level can get hidden by your lens
- MAP-02 also needed in some cases, which could get overlooked 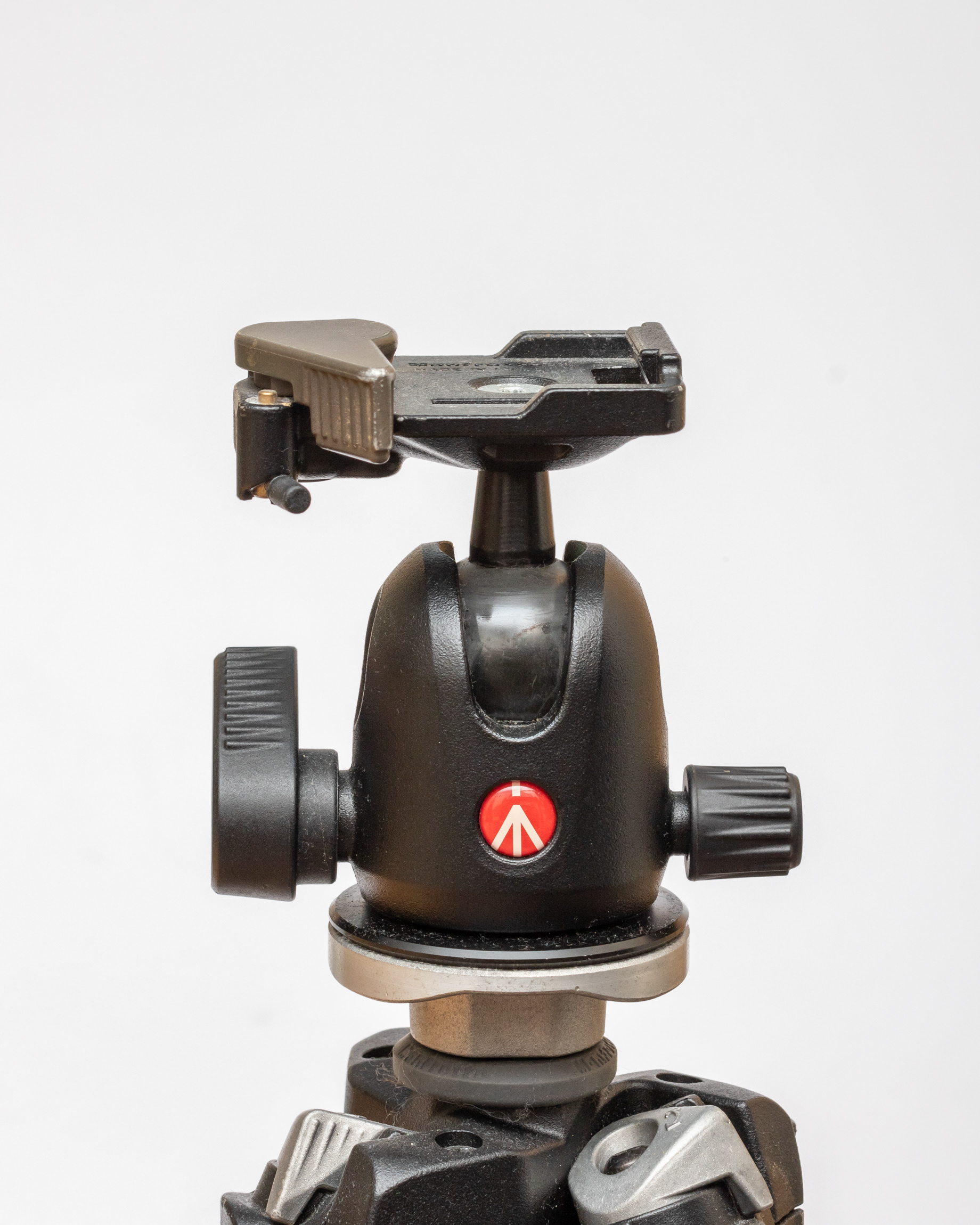 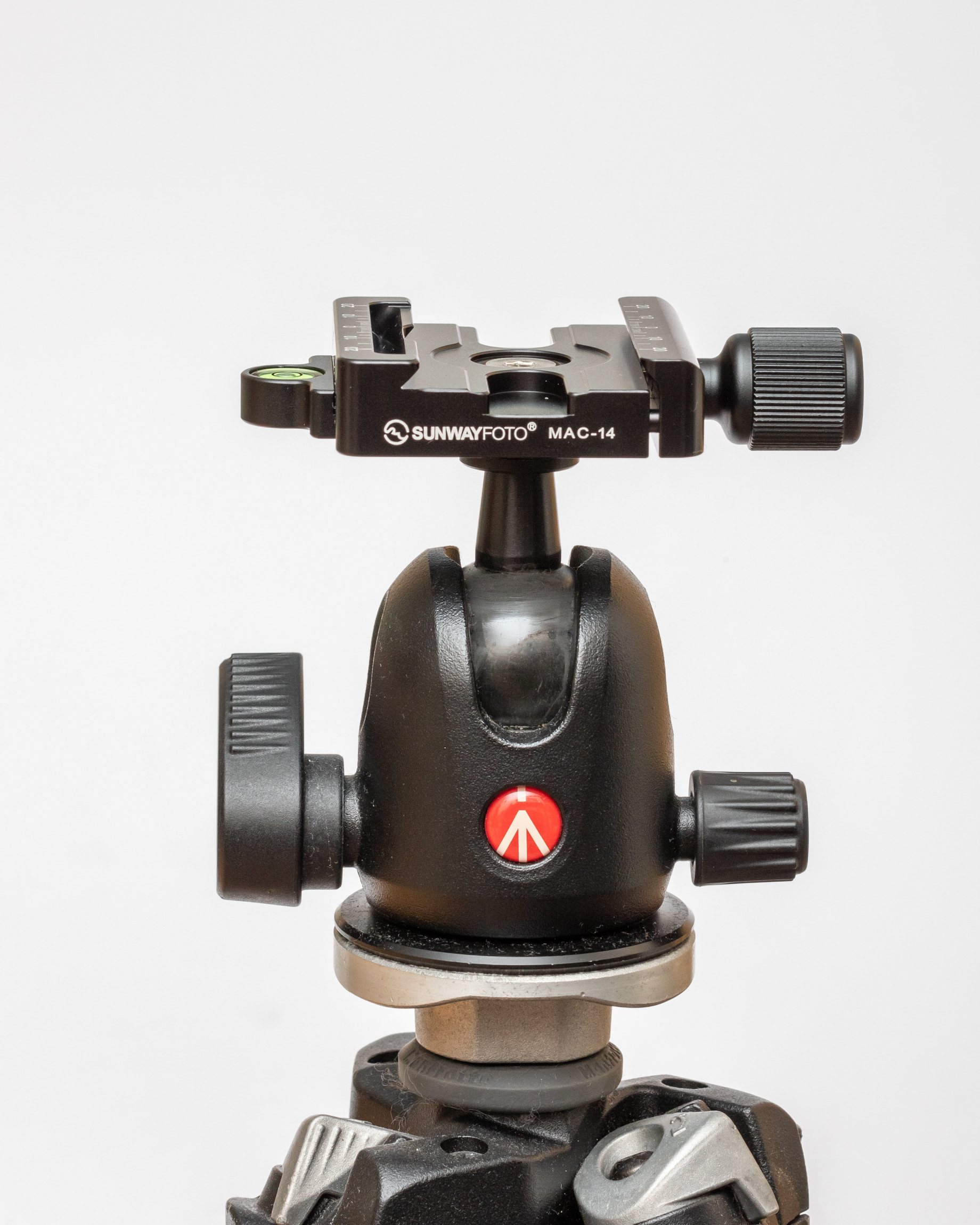 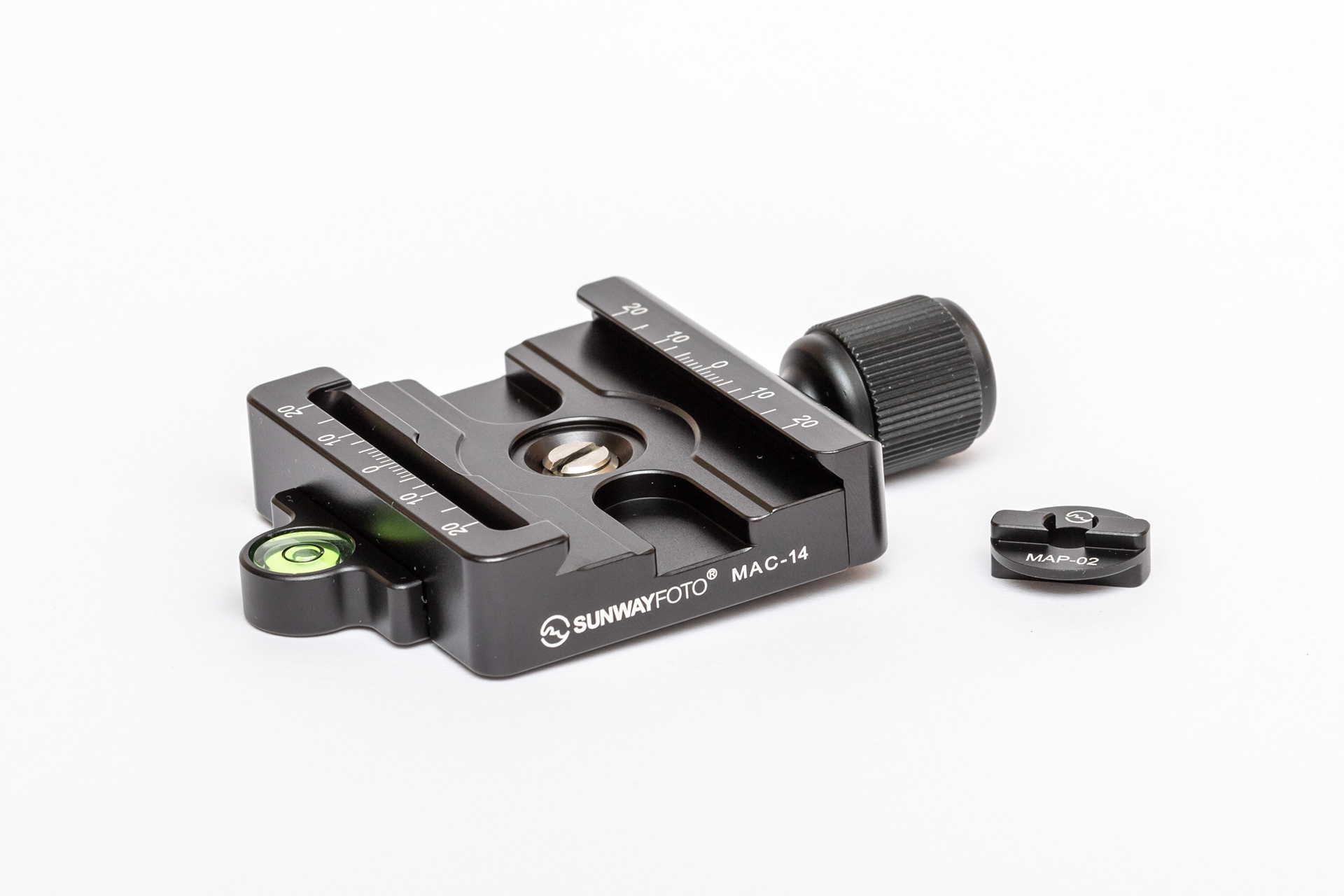